Our School App Stay connected on the go...

Year 5 children recently benefited from taking part in The Bristol Together Championships. This initiative teams two very different schools together for a football tournament. The children are given the opportunity to take ownership of their team, they name it, in our case 'The Banwell Bullets' and are part of the decision making process throughout.  Within the relatively short time the children work together it becomes almost impossible to distinguish which children have been classmates for years and which are new friends. Working with another school encouraged Bannerman children to accept, share and celebrate differences. The confidence of the children selected for this venture grew with each training session and match in the tournament. Gradually children who were unsure of their ability found that they were integral to the team. They also quickly recognised that compromise and sportsmanship were just as important as silky football skills.

Bristol Together Championships states that it is about crossing boundaries using the universal language of football. This statement was proven to be true on Friday 14th June. Despite the adverse weather boys and girls from across our city joined together to take part in a football tournament which crossed gender, race, class, geographical and faith boundaries that characterise life in the city. 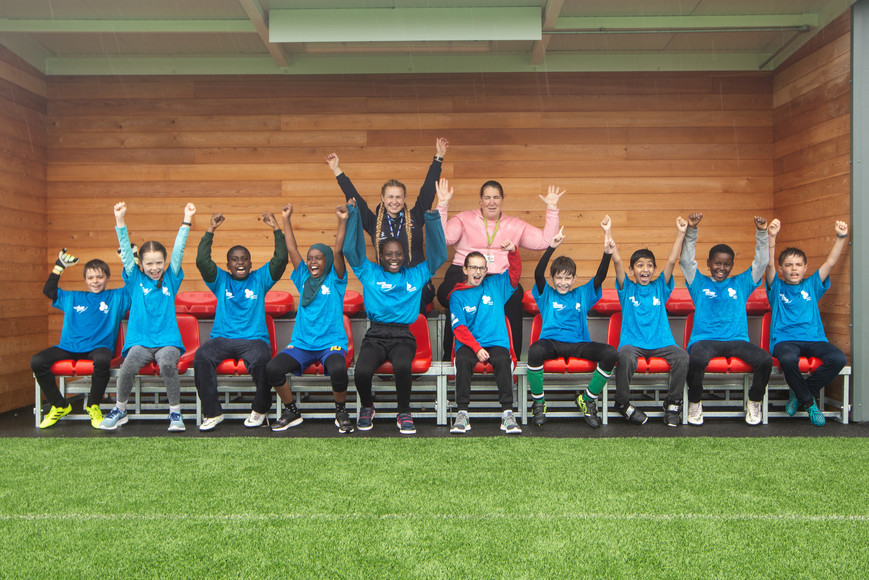 Also in the News

Getting in the spirit of World Book Day

All Hallows Road, Bristol, Bristol, BS5 0HR
0117 377 2080
To request a paper version of information on the website please email us as below
info@bannermanroadbristol.org